Brandon Smith birdies 3 in a row to get in playoff with Brett Stegmaier
Smith birdied first extra hole to capture victory
Saturday, July 28, 2012 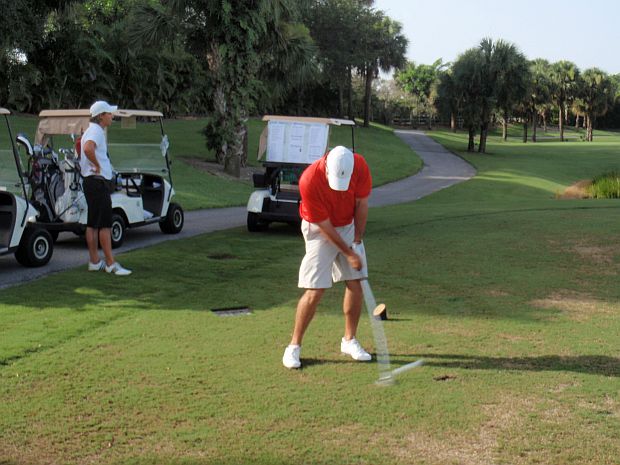 Smith outlasted Brett Stegmaier of Vero Beach after they tied at eight under par 136. While Smith was finishing with three consecutive birdies, Stegmaier bogeyed the 16th and 17th holes to drop into the tie at the top.

In regulation, Smith scored a pair of 68s with six birdies Thursday and four Friday. Stegmaier shot 66-70 with 12 birdies and four bogeys in 36 holes. In the playoff, Smith won with a three footer moments after Stegmaieer missed his birdie putt from 10 feet.