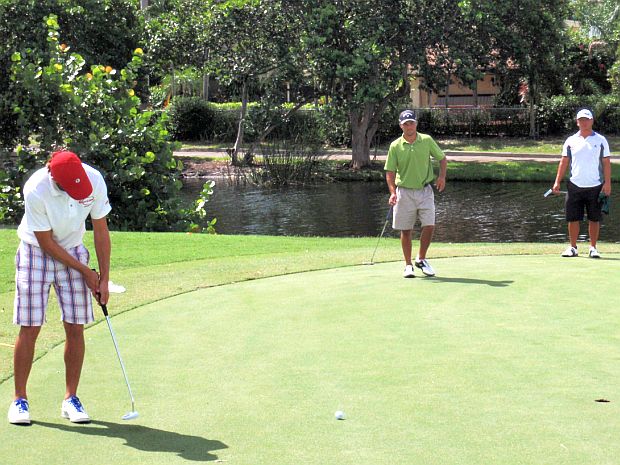 HOLLYWOOD, Fla. -HOLLYWOOD, Fla. – Ben Silverman of Palm Beach Gardens rallied with four birdies on the inward nine Thursday to post a three under par 69 for his fourth victory on the Golfslinger.com Tour. Down by at least two strokes after turning in 37 on two birdies and three bogeys, Silverman, 24, birdied Nos. 10, 11, 15 and 18 to win by three strokes at The Club at Emerald Hills. He earned $1,000 from the $2,385 purse.

Emerald Hills was an alternate site after rain from Hurricane Isaac earlier this week made unplayable the original choice, The Links at Madison Green in Royal Palm Beach. For similar reasons, Friday’s tournament at The Wanderers Club in Wellington was scheduled Monday but was moved back four days. Also, a 36-hole tournament scheduled Tuesday and Wednesday (Sept. 4-5) has been moved from Fountains CC to Winston Trails GC, both west of Lake Worth.

event moved from Madison green due to Hurricane Isaac