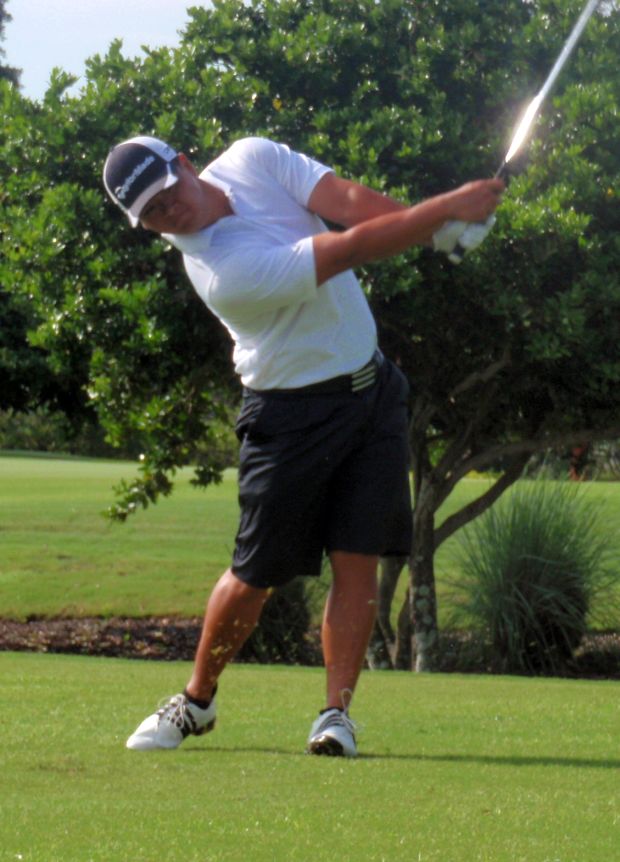 PLANTATION, Fla. – Sunny Kim of Palm Beach Gardens equaled the scoring record on the East course at Jacaranda Golf Club with an eight under par 63 Monday. Whether his effort will be recognized remains to be seen as the 24 contestants in the Golfslinger.com Tour event were following “lift, clean and place” guidelines because of the wet course conditions.

The official scoring record was set last year by Golfslinger regular Jimmy Lytle of Ocean Ridge in qualifying for the Miccosukee Open on the Web.com Tour.

Dan McCarthy of Palm Beach Gardens shot a 5 under par 66 to finish solo 2nd.  Ben Silverman, who won $10,000 last week when he captured the 3rd GOLFslinger.com Tour Major of 2012 at Bear Lakes, tied for third place with Devin Kay at 4-under par 67.

There were 24 starters in the Golfslinger’s 88th tournament of the year. Next on the schedule: Wednesday, Quail Ridge CC-North, Boynton Beach, and Thursday, Ironhorse CC, West Palm Beach