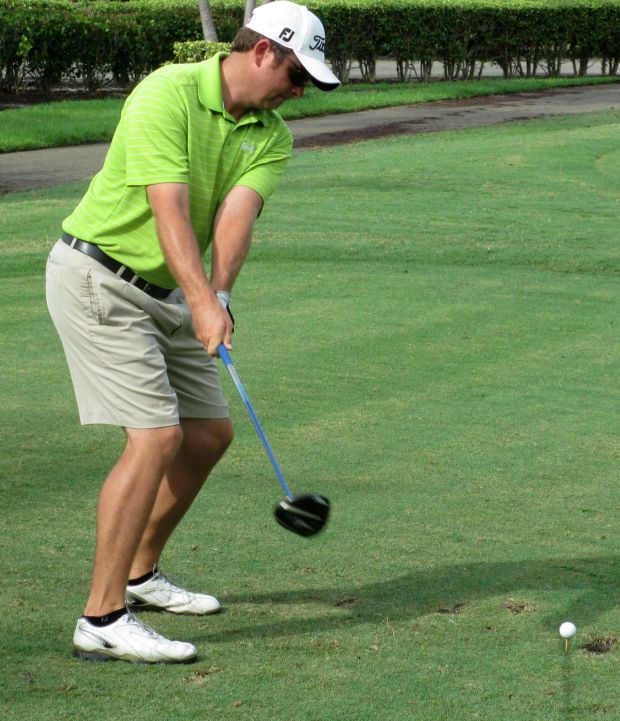 JUPITER, Fla. – Dan McCarthy of Syracuse, N.Y., fired a seven under par 65 Tuesday at Abacoa Golf Club to earn his 13th victory on the Golfslinger.com Tour. A mid-round surge paid off as McCarthy birdied the ninth and 10th holes and eagled the par-4 11th. He also birdied Nos. 3, 14 and 16 and did not make a bogey. McCarthy received $700 from the $3,894 purse, raising his career earnings to $47,592 since he joined Golfslinger in October 2007.

In a separate 36-hole event, three local players tied at seven under par 137. Earning $375 apiece were Sunny Kim of Palm Beach Gardens, Jon Curran of Jupiter and Derek Fathauer of Jensen Beach. The field was comprised of 13 players who had played in 18-hole Golfslinger events at Abacoa on Monday and Tuesday, paying an extra fee to have their 36-hole totals compiled for a separate $1,300 purse. Tuesday’s play was interrupted several times by rain and lightning and no playoff was conducted.

Ryan Armour of Jupiter was the winner Monday with 65 but shot 74 Tuesday for 139, tied for fifth among players competing for the extra purse.

McCarthy had 67 Monday and totaled 132 but he did not enter the optional two-day event.