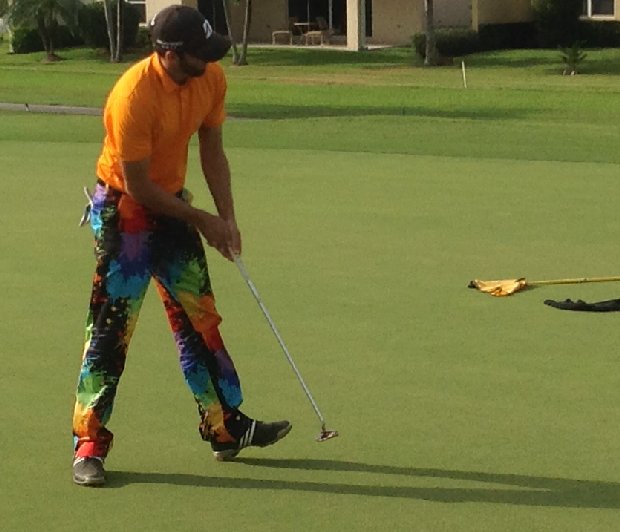 LAKE WORTH, Fla. – Ben Silverman of Thornhill, Ontario, made five birdies Monday and five on each nine Tuesday enroute to his 17th win in just over three years on the Golfslinger.com Tour. He shot 67-63—130 on the South course at Fountains Country Club and won by three strokes. It was his second victory this month and was worth $2,000 from the $10,230 purse. Silverman has earned $74,574 since joining Golfslinger in September, 2010.

Playing in the group in front of Silverman, Chris Scialo from New York birdied the last 2 holes to put some pressure on Silverman who responded with a birdie, birdie finish himself.

Golfslinger’s 110th tournament this year drew 31 entries: Next on the schedule is an 18-hole event Thursday at Abacoa GC, followed by three one-day tourneys next week and two more before Thanksgiving weekend.

LAKE WORTH, Fla. - Justin Dorward of Port St. Lucie fired an opening round 6-under par 66 to lead the November 2-Day at The Fountains Country Club by 1 shot over Jake Katz and Ben Silverman. Playing the south course, 18 of 31 players broke par and 16 players are within 4 shots of the lead.