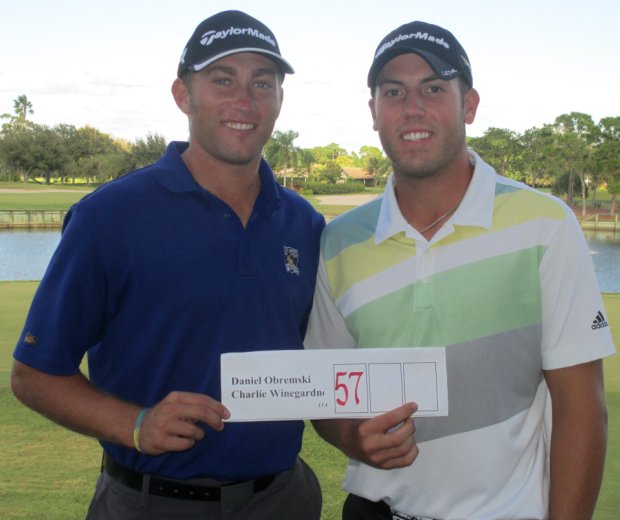 PALM CITY, Fla. – Daniel Obremski of Pittsburgh, Pa., and Charles Winegardner of Lothian, Md., combined Thursday to win the Holiday Team Championship, the final tournament of the season on the Golfslinger.com Tour.

They scored an eagle by Winegardner, who holed out at the par-4 10th hole, and 12 birdies on the Osprey Creek course at Martin Downs Country Club. They began at the 13th hole in a shotgun start and were nine under par on their last eight holes for 57. They had only four pars, posting a scramble score of 29 on the front and 28, better ball, on the back.

It was Winegardner’s first Golfslinger win. Obremski had one previous victory, in his second start, on March 1, 2012 at the Champions Club in nearby Stuart. Each received $1,000 from the $7,250 purse.

A stroke back at 58 were Greg O’Mahony of Tequesta and Eric Cole of Orlando, who have 18 and 14 Golfslinger titles, respectively. They eagled their final hole, the eighth, in the scramble portion of the tournament, and had 11 birdies. Each collected $700. 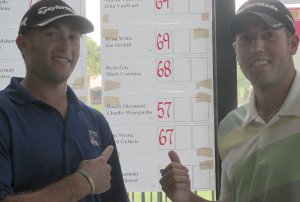