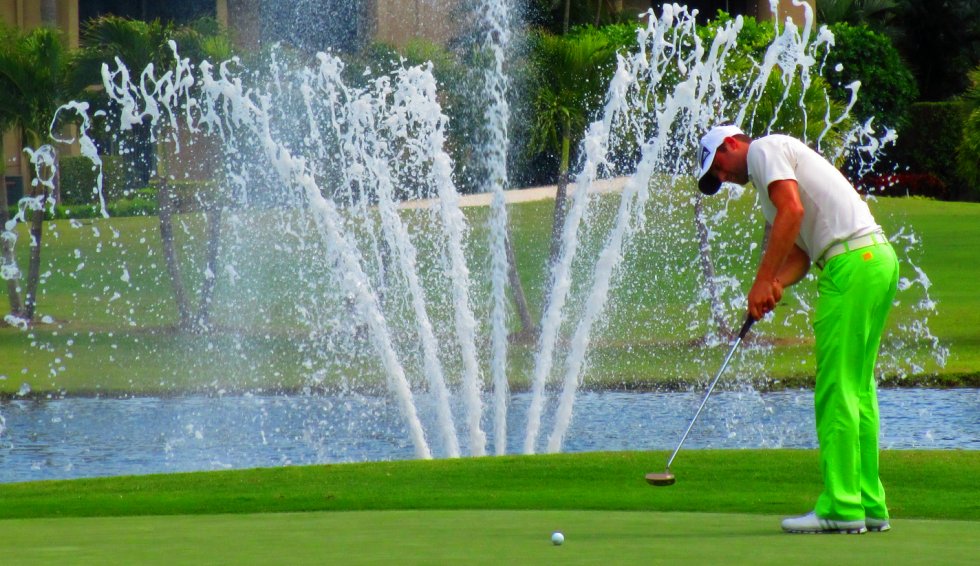 LAKE WORTH, Fla. – Ben Silverman of Thornhill, Ontario, birdied the second extra hole Tuesday to claim his 21st victory on the Golfslinger.com Tour. Silverman edged Rob Oppenheim of Andover, Mass., after they tied at six under par 65 on the North course at Fountains Country Club.

In regulation, Silverman eagled the par-5 11th hole and made five birdies and a bogey. He received $1,000 from the $6,302 purse, raising his career earnings to $88,556 since September, 2010. Oppenheim, second among 46 starters, was making just his second Golfslinger appearance. He had seven birdies and a bogey, collecting $725.

Evan Beirne, who won his first GOLFslinger Tour event earlier this month, tied for third with Josh Hart of Jupiter, Florida. Yesterday's winner JD Guiney of Ireland, was part of a foursome at 3-under par 68 that included Greg Etimos from East Islip, NY, Liam Friedman of Lackawanna, NY and Carl McCauley from Parkland, FL.