Dan McCarthy holes out on 18 for eagle and win
His 2 on the par-4 18th gave him a 2 shot margin over yesterday's winner Carl McCauley
Tuesday, April 1, 2014 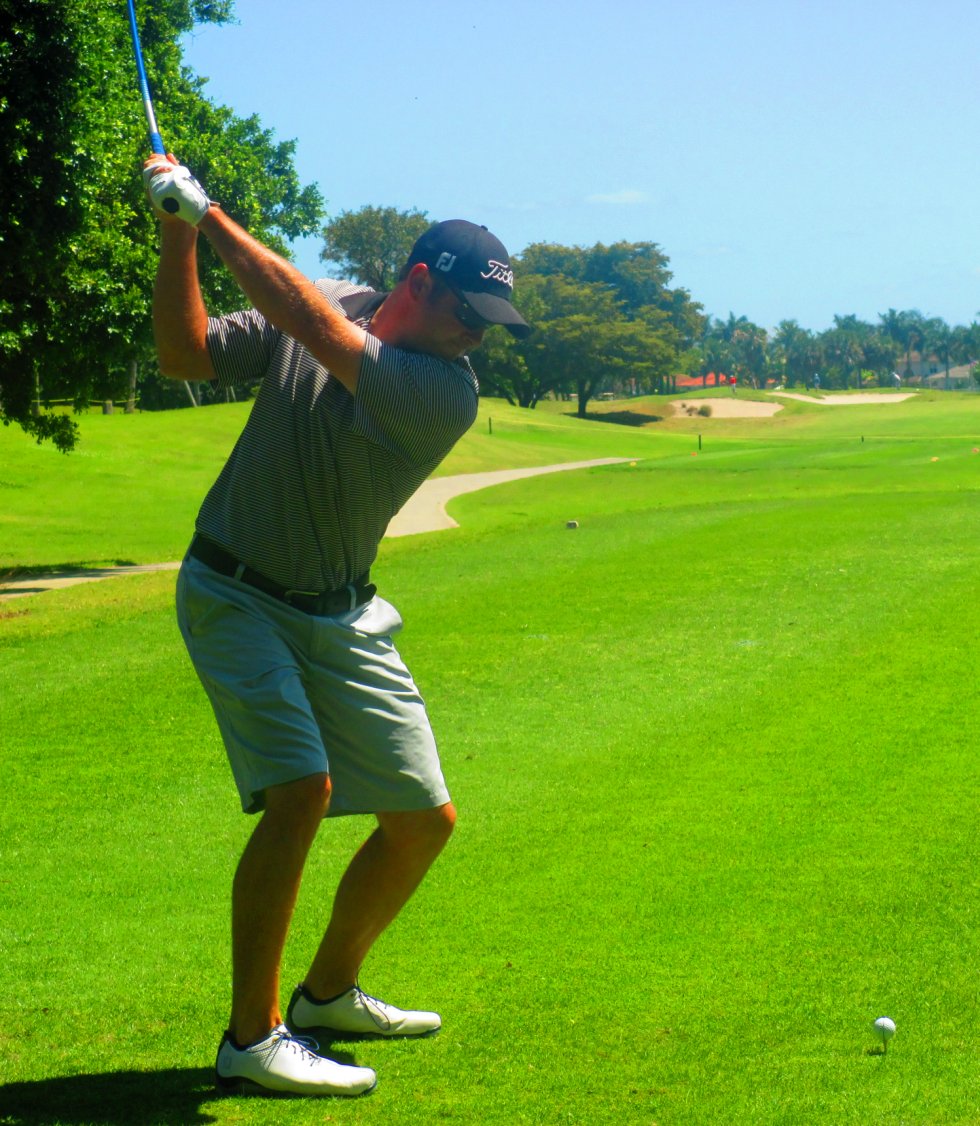 LAKE WORTH, Fla. – Dan McCarthy of Syracuse, N.Y., holed out from the fairway at the 18th hole Tuesday to beat Carl McCauley of Parkland by two strokes at Winston Trails Golf Club. It was McCarthy’s 22nd win on the Golfslinger.com Tour and denied McCauley his second victory in two days.

McCauley had posted six under 66 about an hour earlier when McCarthy slam-dunked a 58 degree wedge shot from 92 yards out for 64 and the win. Earlier in the round, McCarthy had seven birdies and a bogey. McCauley made his eighth birdie of the day at the par-4 18th. He bogeyed the first two holes.

The win was worth $955, raising McCarthy’s career earnings to $78,762 since he joined Golfslinger in October, 2007. McCauley was the winner Monday at TPC Eagle Trace in Coral Springs, his second career Golfslinger title since July, 2006. He was second among 38 starters here and collected $650 from the $4,827 purse.

Next on the schedule: Thursday, Links at Madison Green, Royal Palm Beach, and next Monday and Tuesday, a 36-hole tournament at nearby Fountains CC.