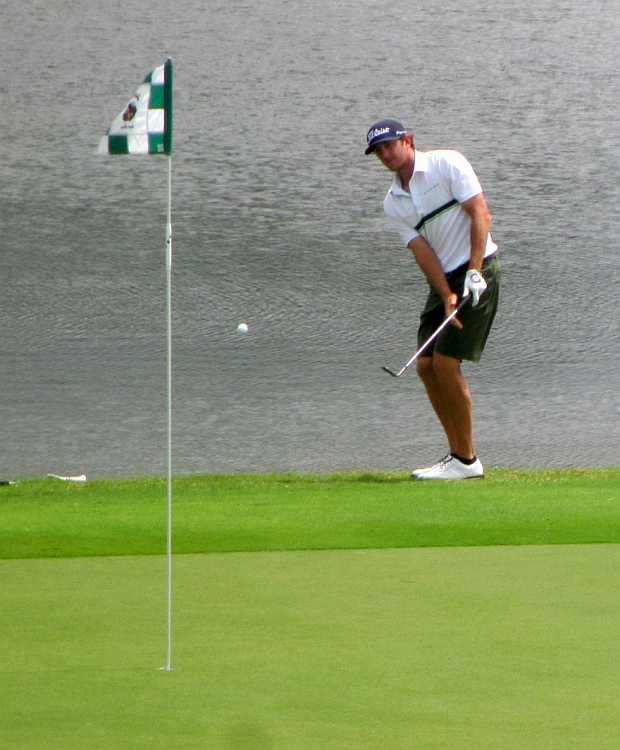 JUPITER, Fla. – Kevin Foley of Somerville, N.J., making his first start on the Golfslinger.com Tour in more than two years, won the second playoff hole Thursday for his second victory. It was worth $10,000, more than twice his career earnings of $4,929 in 11 previous starts.

Foley outlasted Brandon Smith of West Palm Beach, Ben Silverman of Thornhill, Ontario, and Brad Adamonis of Cumberland, R.I., who have 25, 22 and 5 career Golfslinger victories, respectively. They had tied at five under par 139 at Abacoa Golf Club.

Foley and Silverman matched birdie-4s on the first extra hole, the par-5 17th, and Foley won at the par-4 18th. Foley made three consecutive birdies each day, starting at the 11th hole Wednesday and at the fifth Thursday. In 36 holes, he made 10 birdies and five bogeys for rounds of 71 then 68.

Smith, Silverman and Adamonis tied for second among 75 starters here, receiving $2,600 apiece from the $36,750 purse awarded for the tour’s second “major” and 40th tournament of the year. 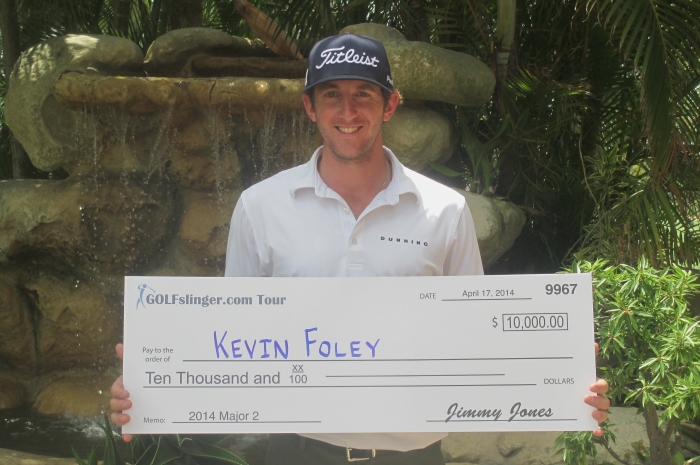 Foley who won his first Golfslinger appearance, on March 2, 2011 at the Champions Club in Stuart won on the WEB.com tour back in 2013 and currently has status on the PGA Tour. 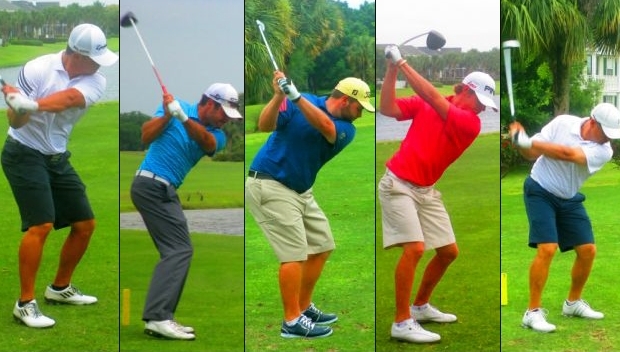 JUPITER, Fla. - Sunny Kim, Greg Etimos, Mike Stern, Brad Gehl, and Brandon Smith all fired 4-under par 68's in the opening round of the second GOLFslinger Tour Major of 2014. Six more players are 2 shots back at 2-under par 70.

Going into the final round, 17 players are within 3 shots of the lead.