Ben Silverman fires a final round 62 to get into a playoff with 1st round leader Dan McCarthy
Silverman won the playoff on the first extra hole
Tuesday, November 11, 2014 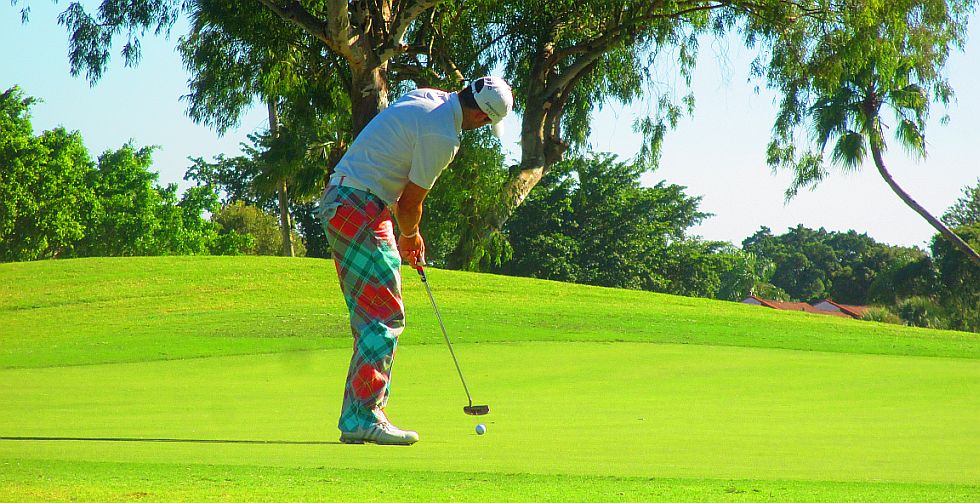 LAKE WORTH, Fla. – Ben Silverman of Thornhill, Ontario, birdied 10 holes in regulation but still needed a par on the first playoff hole Tuesday to capture his 23rd victory on the Golfslinger.com Tour.

Playing the West course at Fountains Country Club, Silverman (70-62) and Dan McCarthy of Syracuse, N.Y. (65-67) tied at 10 under par 132. Then Silverman two-putted from nine feet for the win, clinching with a tap-in par-5. Then McCarthy chipped on but missed a five footer for par to halve the hole and extent the match.

The 107th tournament of the year drew 35 starters. Next on the schedule is an 18-hole event Thursday at Martin Downs CC in Palm City and three one-day tourneys next week.