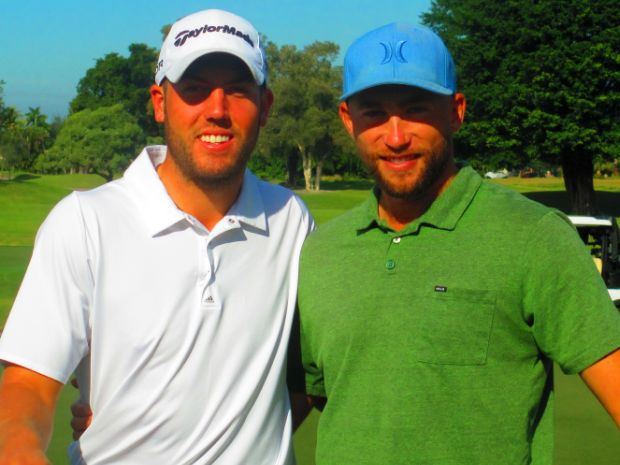 ATLANTIS, Fla. – Charlie Winegardner of Lothian, Md., sank a 12-foot birdie putt on the sixth extra hole for the win Thursday, then headed for the airport to catch a flight home for the holidays about an hour and a half later, his $800 share of the prize money to follow shortly.

Winegarder and Daniel Obremski of Pittsburgh outlasted touring pros Kevin Tway of Edmond, Okla., and Peter Uihlein of Palm Beach Gardens after they tied at 13 under par 59 at Atlantis Country Club.

The Golfslinger.com Tour’s ninth annual Holiday Team Championship drew 28 twosomes. It was Golfslinger’s 121st and final event of its 11th season and No. 1,199 since play began in August, 2004. The 2015 season opens Jan. 12 at TPC Eagle Trace in Coral Springs. For information and entry, go to www.minorleaguegolf.com.

Each team eagled the par-5 ninth hole and made 11 birdies and six pars but no bogeys in regulation. Winegarder and Obremski had a scramble score of 29 on the front nine, a better ball 30 on the back. Tway and Uihlein shot 28-31.

The only skin out was #12 with an eagle $1,000 Jason Parajeckas/Chris Scialo 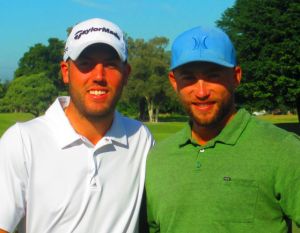