Ben Silverman and Justin Peters win by one shot over 5 teams
Eric Beringer and Brian Fister won the only skin with an eagle on #9
Thursday, December 17, 2015 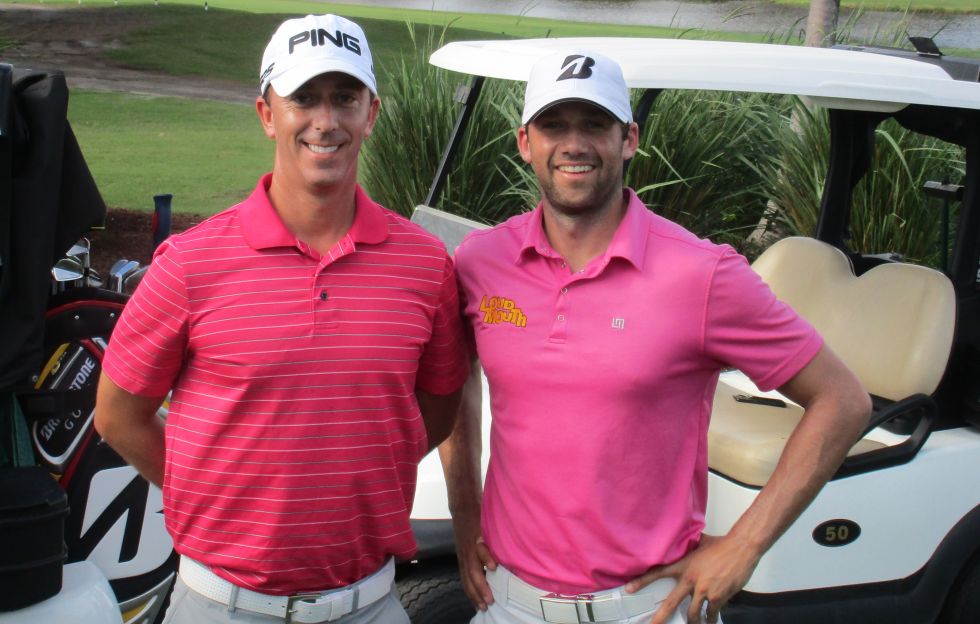 ATLANTIS, Fla. – Ben Silverman of Thornhill, Ontario, birdied the 18th hole to break out of a pack as he teamed with Justin Peters of Stuart, FL to win the Minor League Golf Tour’s 10th Holiday Team Championship.

Silverman reached the green in two at the par-5 closing hole at Atlantis Country Club. His first putt from an estimated 55 feet was “in the middle of the hole but a foot short,” he said.

Silverman and Peters finished at 11 under par 61 while five teams tied for second with 62's. They made six birdies on the front nine in the scramble format, five more in better ball play on the back.

It was Silverman’s 32nd MLGT victory, three coming in November as he tuned up for the Web.com Tour national qualifying finals at PGA National last weekend. He tied for 14th at five under par 281 to easily earn his place on the Web.com Tour in 2016.

Peters now has 41 MLGT titles but this was his first since October, 2014.

16 of the 20 teams entered the optional $40 skins game building a pot of $640. Eric Beringer and Brian Fister's eagle on the par-5 9th hole earned them the entire skins pot.

There were two closest to the pin contest's on #8 and #17, along with a long drive contest on #11 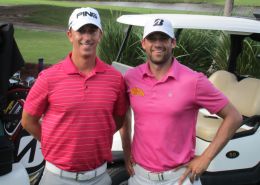