David Smith of Ruston, LA, Sunny Kim of Queens, NY, and Bo Hoag of Columbus, OH all tied for 2nd after 5-under par 67's just one stroke behind Diforio.

The MLGT’s 96th tournament of the year drew 26 entries and returned $3,250 in prize money. Diforio received a merchandise certificate to the PGA Superstore worth $700. 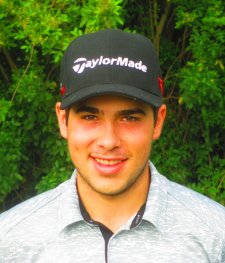