Matt Gallant gets his first professional victory with a 4-under par 68
Brandon Smith and Justin Peters tie for 2nd with 69's
Monday, October 10, 2016

JUPITER, Fla. – Matt Gallant of Nashville, Tenn., had two birdies on each nine and never made a bogey Monday as he scored his first win on the Minor League Golf Tour and first win as a professional. Gallant’s four under par 68 at Abacoa Golf Club was good enough for a one-stroke victory. He birdied Nos. 4, 8, 11 and 16.

Two local MLGT veterans tied for second among 18 starters, each with 69 and receiving $430 apiece. Justin Peters of Stuart, FL, had four birdies and a bogey, Brandon Smith of West Palm Beach, FL, five birdies and two bogeys. Peters and Smith have 41 and 34 career MLGT wins, respectively.

This was the 86th tournament of the year and No. 1,400 since the MLGT began in August, 2004. Two more 18-hole events are schedule this week on Lake Worth area courses, Tuesday at Winston Trails GC and Thursday at nearby Atlantic National GC. 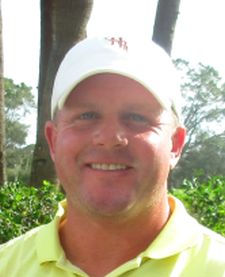