PLANTATION, Fla. – Patricio Salem of Lima, Peru, fired a six under par 66 on Wednesday for his second victory on the Minor League Golf Tour. Coincidentally, both wins were on the West course at Jacaranda Golf Club, the first less than two months ago, March 8, on a five under 67. Salem scored seven birdies and a bogey this time, collecting $625 from the $3,100 purse to raise his career earnings to $8,872 since January, 2011.

Tied for second at 68 were Brant Peaper of Tequesta, FL with six birdies and two bogeys, Max Buckley, Rye, NY, seven and three, and Bo Hoag, Columbus, Ohio, five and one. Each received $416.67.

The MLGT’s 45th tournament drew 26 starters. The tour's next event will be on Thursday at Seagate CC in Delray Beach.

The Minor League Golf Tour's 3rd WEB.com Q-School Contest of 2017 starts in just 19 days. The contest is comprised of back to back 2-day events. The first half will be held at Indian Springs Country Club on 5/22-23 and the second half will be held at PGA National Estates on 5/24-25. The Minor League Golf Tour is guaranteeing a full paid entry into 2017 Web.com Q-school for the low 4-day score of those players entered in the contest. If more than 25 players participate in the contest, the extra money will go towards the 2nd place finisher's (in the contest) 2017 Web.com Q-school entry. The first 2-day event entry is $390, the 2nd 2-day entry fee is $340, and the Web.com Q-School contest entry fee is $200. Both of the 2-day events will have prize pools and optional skins games and optional bonus pools. You DO NOT have to be competing in the Q-School contest to play in either or both of the 2-day events. Please call Tournament Director Scott Turner at 561.598.9630 with any questions. 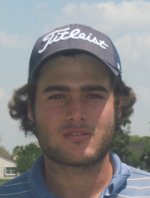