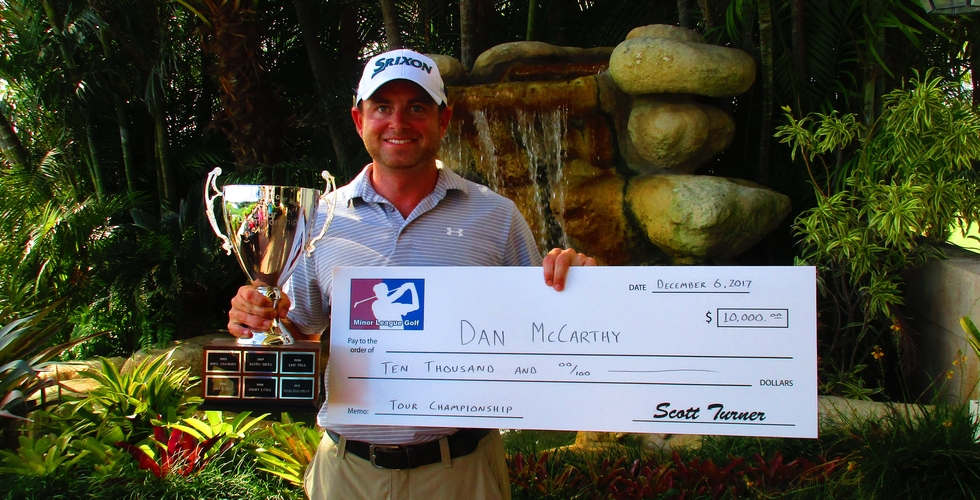 JUPITER, Fla. - Dan McCarthy of Syracuse, NY and Palm Beach Gardens, FL, birdied the first playoff hole Wednesday at Abacoa Golf Club to become the first multiple winner of the Minor League Golf Tour's biggest event, its Tour Championship. McCarthy, 32, sank a 25-foot putt at the par-4 18th for his 48th MLGT victory since October, 2007. The win was worth $10,000, raising his career earnings to $155,098.

McCarthy, Mike Miller of Brewster, NY, and Chris Wiatr of Woodbury, CT, had tied at 10 under par 134. In the playoff, Wiatr hit his second shot into the water and Miller was short of the green in two, chipped to 10 inches but could only stand and watch as McCarthy drained the winning putt. The first round leader at 66, McCarthy added 68 and in 36 holes of regulation play, he totaled 12 birdies and had one bogey each round. He won in 2013 with 135, also at Abacoa.

Click here to watch Dan McCarthy win in a playoff

A big thank you to Abacoa Golf Club for being a great host. The greens were rolling great.

JUPITER, Fla. - 2013 MLGT Tour Champion Dan McCarthy from Syracuse, NY, opened this year's Tour Championship with a 6-under par 66 that included 7 birdies and a lone bogey on the tough par-3 13th hole.

There were three skins out on day 1 worth $446.67 each. Click on any of the $ links under the skins/total column to view the skins results. 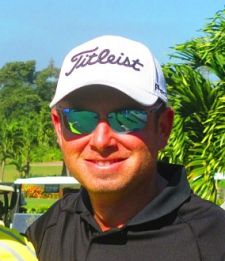