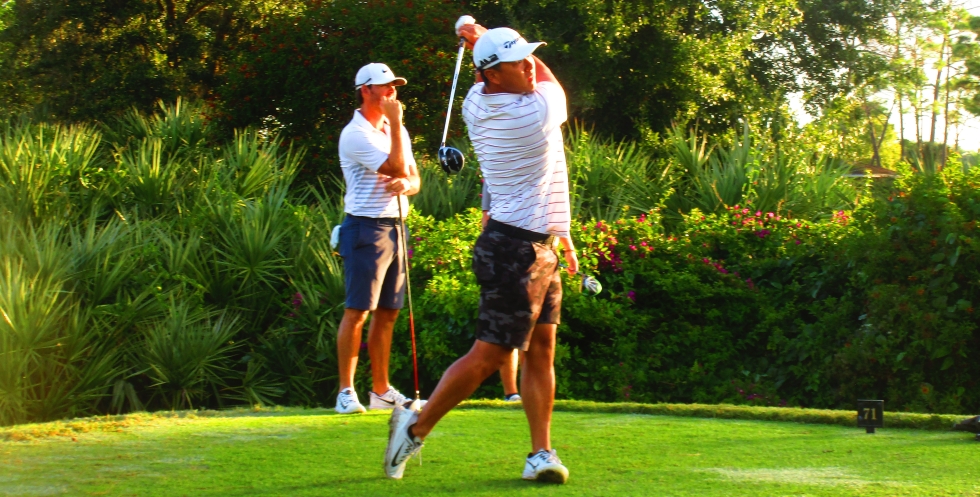 PALM CITY, Fla, -- Sunny Kim of Queens, NY, added to his lead on the Minor League Golf Tour’s career money list by winning Thursday at The Fox Club. Kim eagled the last hole to finish at nine under par 63. He received $1,000 from the $5,810 purse and an additional $80 from the skins game. His total for the day, $1,080, boosted his total to $231,859 since he joined the MLGT. Enroute to his 57th victory in 12 seasons, he made eight birdies and a bogey before finishing with an eagle at the par-5 18th hole.

Another New Yorker, Trevor Sluman of Rochester, finished an hour and a half after Kim with birdie at 18 for 65, second among 44 starters. He had nine birdies and two bogeys and collected $660 in the MLGT’s 107th tournament of the year.

A big thank you to The Fox Club and its members for hosting today's event.

Next week’s schedule includes a 36-hole tournament Monday and Tuesday at Melreese CC in Miami and a one-day event Thursday at Jupiter CC.

40% of the field earns a check. Don't miss your chance to come play this nice private club in Palm City right next to I-95