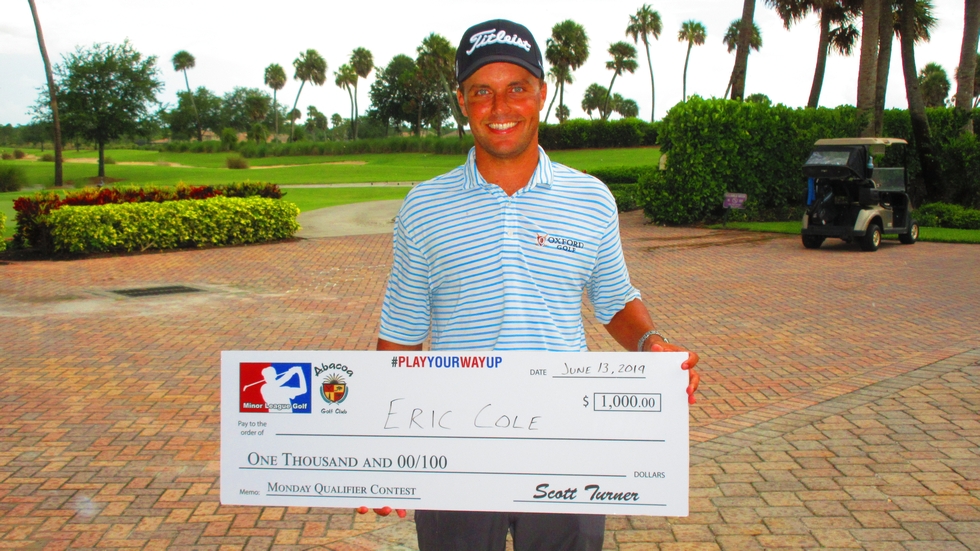 Cole entered the final round tied at -8 with Piri Borja and Jacob Eggers. Cole birdied 3 of the first 4 holes, went out in 4-under par 32 and never looked back. Both Borja and Eggers didn't have good days so it was never close. Cole ended up firing 65 during the final event at Jupiter CC and not only winning that event but also won the Monday Q contest by 7 shots.

The contest ended up being 49 holes (par 196) instead of the normal 54 holes due to a rain shortened event on Tuesday at Abacoa GC. 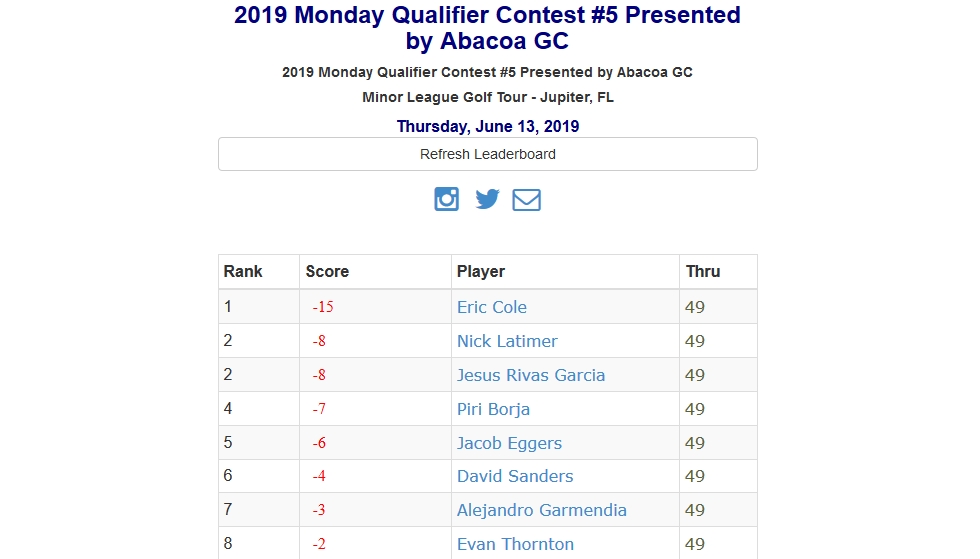 Cole wins a $1,000 bonus for his fine play this week to go compete in a Monday Qualifier on the PGA Tour or Web.com Tour.

Click here to read more about the Monday Qualifier Contests

A big thank you to Abacoa Golf Club for sponsoring these contests.

Good luck Eric in your pursuit for a PGA Tour card!