Brant Peaper birdies the first playoff hole to outlast Joe Stepnes after tying at 64!
Gavin Hall and Chad Bricker both continue their good play tying for 3rd at 65
Wednesday, April 24, 2019

STUART, Fla. – Brant Peaper of Tequesta, FL birdied the first extra hole Wednesday for his sixth victory on the Minor League Golf Tour. Peaper outlasted Joe Stepnes of Pensacola, FL after they tied at eight under par 64 at The Florida Club. Stepnes was making his first MLGT start. The first playoff hole was a 330 yard par 4. Stepnes laid back off the tee with an iron and left himself a full wedge. Peaper hit driver and was just 10 yards short left of the green. Stepnes wedged it to 15 feet and Peaper chipped to 7. Stepnes missed his birdie bid and Peaper knocked it right in the middle of the hole.

Brant Peaper chipping from just short of the green on the 1st playoff hole.

The 3rd of 8 Monday Qualifying School Contests presented by Abacoa GC starts in just 5 days. It consists of three 1-day tournaments (Atlantic National 4,29, Monarch CC 4/30 and CC of Coral Springs 5/2). The player with the lowest cumulative score will earn a $1,000 bonus to compete in a Monday Qualifier on the Web.com or PGA Tour. There is no entry fee for the contest, just the entry fees of the three 1-day events. 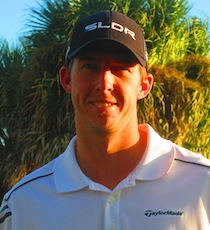 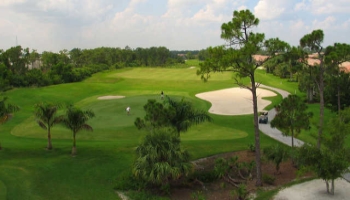