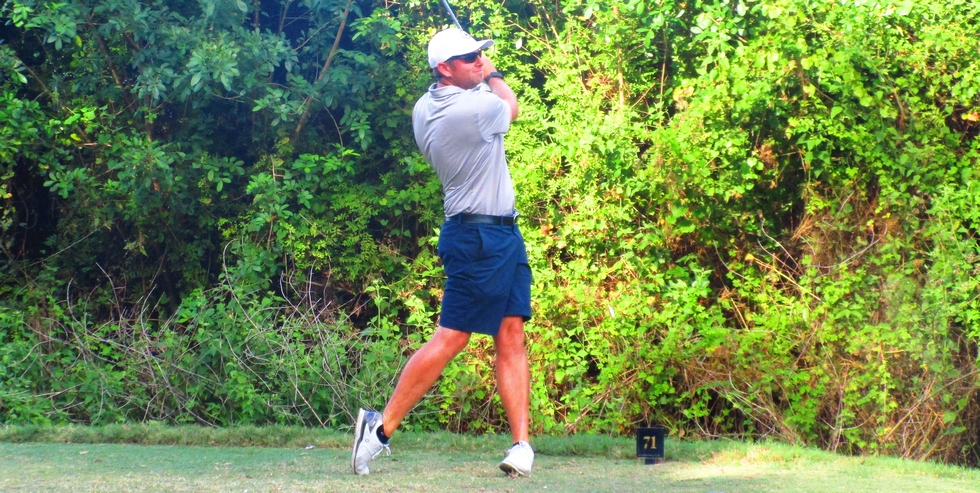 PALM CITY, Fla. – Dan McCarthy of Syracuse, NY, the first round leader Monday, held off a late surge by Nick Latimer of Cleveland, OH, Tuesday to earn his 50th victory on the Minor League Golf Tour. McCarthy opened Monday with 65 but Latimer rallied with 63, the lowest score of the week, in the final round at The Fox Club to tie at 12 under par 132.

In the playoff at the par-5 first hole, both were near the green in two. McCarthy blasted out of the bunker to about 4 feet, Latimer then chipped it to 5 feet. Latimer missed his birdie attempt moments before McCarthy made his for the win.

In 36 holes of regulation play, McCarthy made an eagle, 14 birdies, a bogey and a triple bogey, while Latimer had two eagles, 11 birdies and three bogeys. Playing in the last and next-to-last foursomes, respectively, both birdied the par-5 18th hole.

28 of the 61 players chose to enter the optional $200 Qualifying School Contest presented by Joey D Golf. Nick Latimer won the $5,000 bonus to pay for his Q-School later this year. Because more than 25 players entered the contest the remaining $600 went to the 2nd place finisher. David Germann shot a final round 66 to jump into 2nd place and earn that $600. 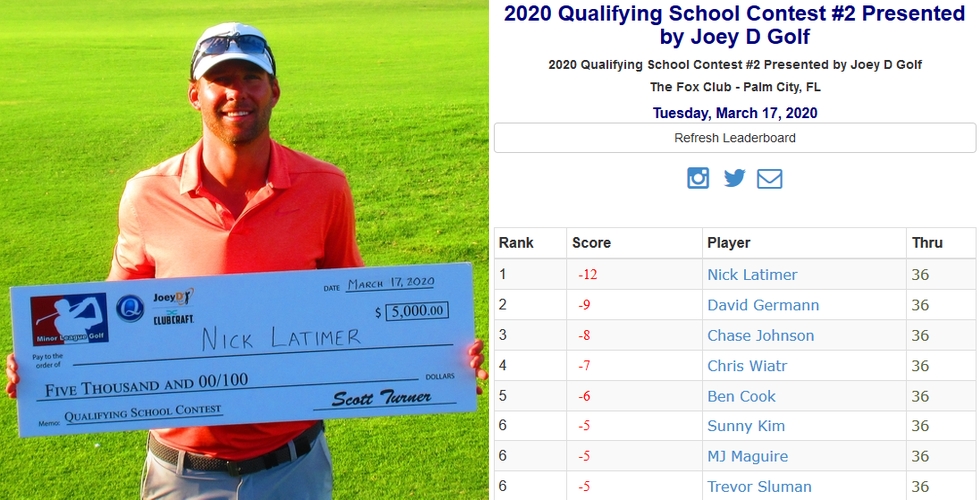 PALM CITY, Fla. - Dan McCarthy from Syracuse, NY birdied the first 3 holes Monday and never relinquished the lead, closing with a birdie at the last for 65 and a three shot lead after day one. Dan has won 49 times on the MLGT but his win last year on the Korn Ferry Tour topped all of those. Dan won the 2019 Savannah Golf Championship and narrowly missed his PGA Tour card for the 2019/20 season.

There were 2 skins out on day 1 worth $330 a piece. Click on any of the $ symbols under the skins/total column to view the skins results.

There is an OPTIONAL $50 2nd day shootout for players that are outside the money after day one (74 and higher). If you would like to participate you must sign and pay before the first tee time on Tuesday. No exceptions.