PALM BEACH GARDENS, Fla. – Jorge Fernandez Valdes of Cordoba, Argentina, has made two starts on the Minor League Golf Tour, both on the Champion course at PGA National, site of the PGA Tour’s Honda Classic.

Some difference...On May 15, 2017, he no-carded, ripping up his scorecard before he finished.

A big thank you to PGA National for hosting this event and providing the players a great test of golf.

Next on the schedule is Monday Qualifier Contest #4. All professionals that play all three 1-day events at PGA Palmer (8/3), Abacoa GC (8/4) and Indian Spring West (8/6) will be automatically entered into the contest and the professional with the lowest cumulative score will win a $1k bonus to compete in a Monday Qualifier on the PGA Tour or Korn Ferry Tour.

Jorge Fernandez Valdes remains bogey free at the Champ, leads by 5 entering final round
Rafael Guerrero made a hole in one on the 205 yard 7th hole!

PALM BEACH GARDENS, Fla. - Jorge Fernandez Valdes from Cordoba, Argentina isn't showing any signs of slowing down as he still has yet to record a bogey on the difficult Champ course at PGA National. He added a 2nd round 67 to his opening round 65 for 132 and a 5 shot lead entering the final round.

MJ Maguire, Travis Trace and Rafael Guerrero are tied for 2nd at 132. Guerrero's 2nd round 65 was highlighted by an ace on the par-3 7th hole. His 6 iron from 205 found the bottom of the cup for his 2nd career ace. 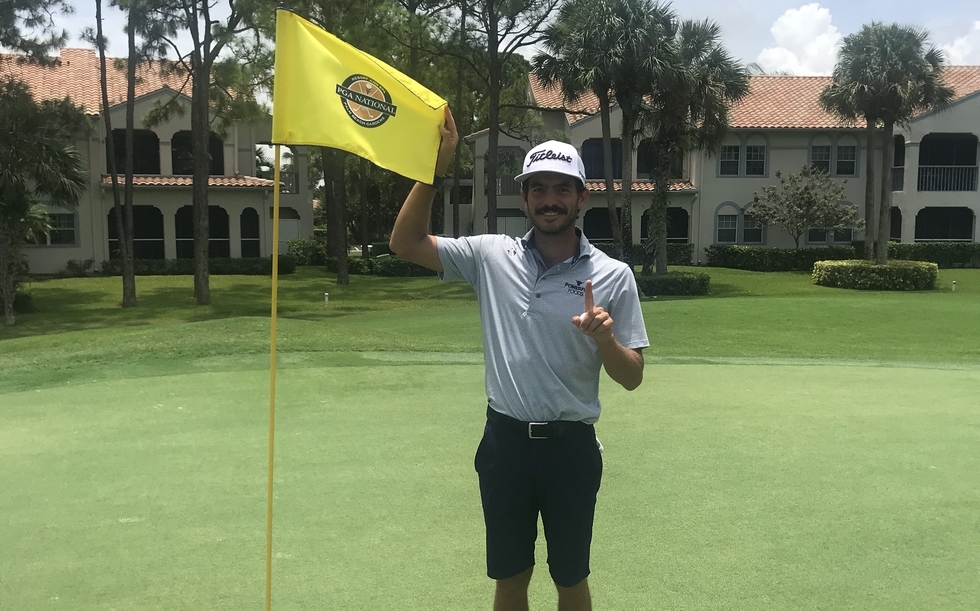 There were 3 skins out on day 2 worth $246.67 each. Click on any of the $ symbols under the skins/total column to view the skins results.

PALM BEACH GARDENS, Fla. - Jorge Fernandez Valdes from Cordoba, Argentina did not make a bogey on the difficult Champion course at PGA National on day one to lead the field of 63 players by one shot. He made a birdie and an eagle on the par-5 3rd hole to go out in 32 and added two birdies on the back nine to come home in 33 for an opening round 65.

Bennett Buch overcame two bogies with six birdies for an opening round 66 and solo 2nd place.

There were 4 skins out on day 1 worth $185 each. Click on any of the $ symbols under the skins/total column to view the skins results. 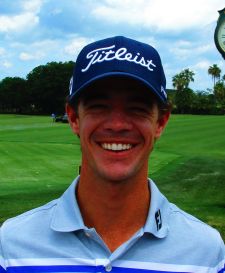