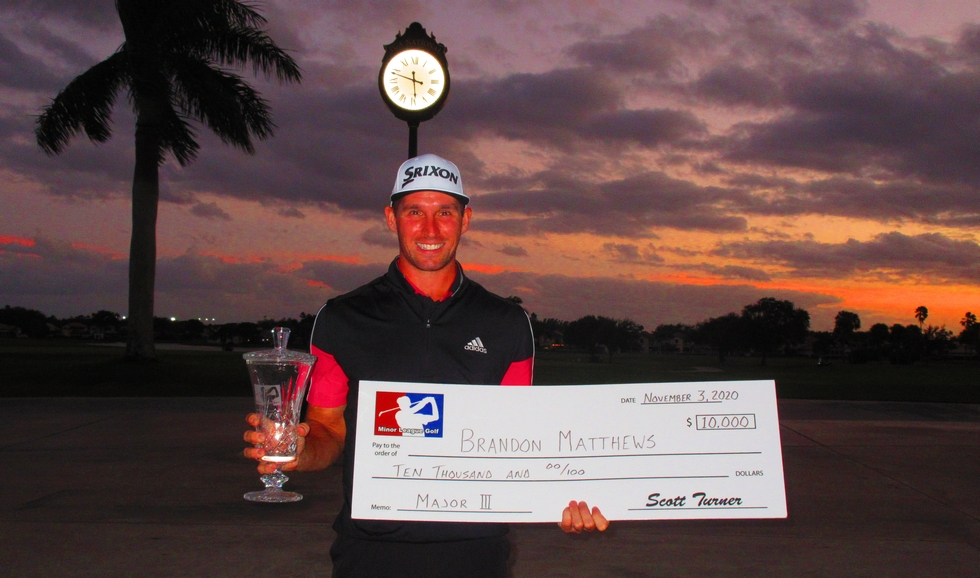 PALM BEACH GARDENS, Fla. – Brandon Matthews of Dupont, PA, was the only player to match par in Major III and it earned him the $10,000 first place check. Matthews shot a wind-blown 69-71—140 on the heralded Champion course at PGA National, site of the PGA Tour’s Honda Classic since 2007.

Matthews made four birdies, a bogey and a double bogey at the par-3 17th hole to share the first round lead Monday with Zach Zaback of Farmington, CT. The winner had two birdies and three bogeys Tuesday.

Matthews also received an additional $464 from an optional bonus pool. It was his first MLGT victory. He had made 14 starts since December, 2016.

Among the 80 starters in the MLGT’s 82nd tournament of the year, three tied for second at one over 141, each receiving $3,035 from the main purse.

A big thank you to PGA National and it's members for hosting the event.

PALM BEACH GARDENS, Fla. - Day one of Major III saw steady winds of 20 mph with gusts up to 35 mph creating havoc on the field. At days end Zach Zaback and Brandon Matthews were the only two players under par (-1) and the final three groups did not finish their opening round. They will restart at 7:30am and then turn around and play their final round on the Champion course at PGA National.

The blustery conditions saw only one hole play under par and a scoring average for the field of 76.10 (6 over par). 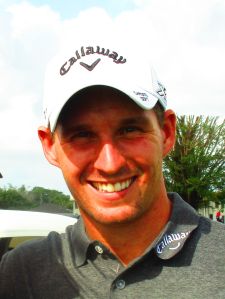