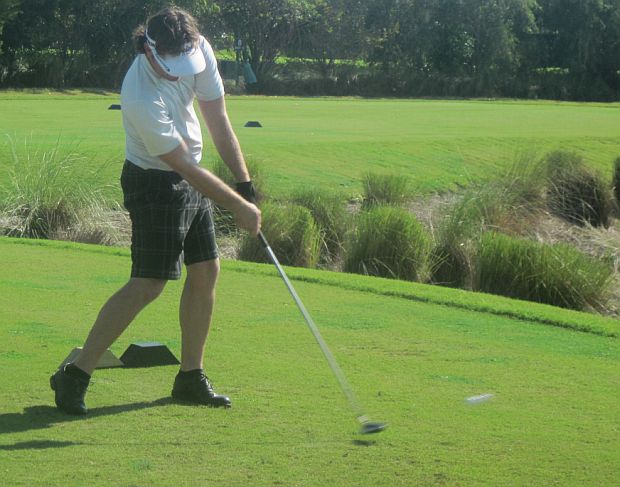 ROYAL PALM BEACH, Fla. – Local favorite Steve LeBrun made an eagle and four birdies on the last eight holes enroute to a seven under par 65 Thursday at the Links @ Madison Green to claim victory on the Fuzion Minor League Golf Tour.

After making the turn at even par with a birdie and a bogey, LeBrun, a graduate of John I. Leonard High School and Florida Atlantic University, eagled the par-5 11th hole and birdied Nos. 13, 14, 15 and 17.

It was LeBrun’s 25th career MLGT title, 12th this year, including two at Madison Green, on March 24 and June 21. He received $860 from the $4,724 purse. LeBrun has MLGT career earnings of more than $73,000 since August, 2007. It was the MLGT’s third tournament this week and 114th this year. Three more are scheduled next week: Monday, Abacoa GC, Jupiter; Wednesday, Hammock Creek GC, Palm City; and Thursday, Hillcrest CC, Hollywood.