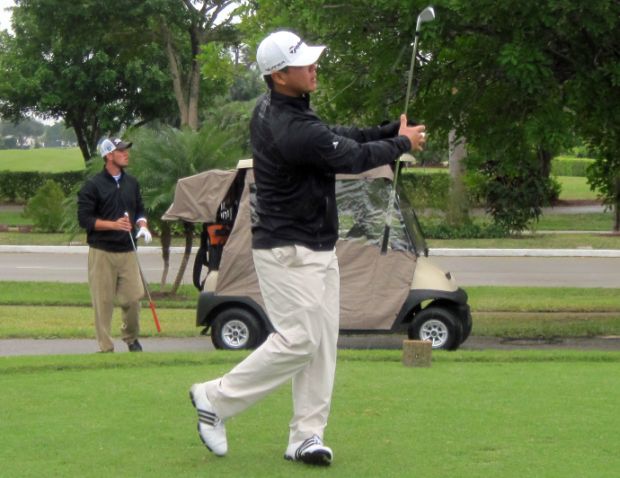 LAKE WORTH, Fla. – Sunny Kim of Palm Beach Gardens made three birdies and a bogey on the par-3 holes Thursday enroute to a six under par 65 to earn his ninth victory on the Fuzion-Minor League Golf Tour, his sixth this year.

Overall, on the West course at Fountains Country Club, Kim made seven birdies and a bogey. He earned $900 from the $5,197 purse. There were 42 starters in the MLGT’s 132nd event of the year.

Jimmy Lytle tied for second place with Dustin Wallis at 5-under par 67 followed by Corey Brigham and Ben Hartman at 4-under par 68.

The MLGT’s seventh season ends next week with the “59 Challenge” Monday at Atlantis CC, the Tour Championship Tuesday and Wednesday at Abacoa GC and the Holiday Team Championship Friday at the Santa Lucia River Club. The 2011 season opens Jan. 7 at the Links at Madison Green.

There was $190 in the skins pot, won by Paul Gagliardi with a birdie on the fourth hole.