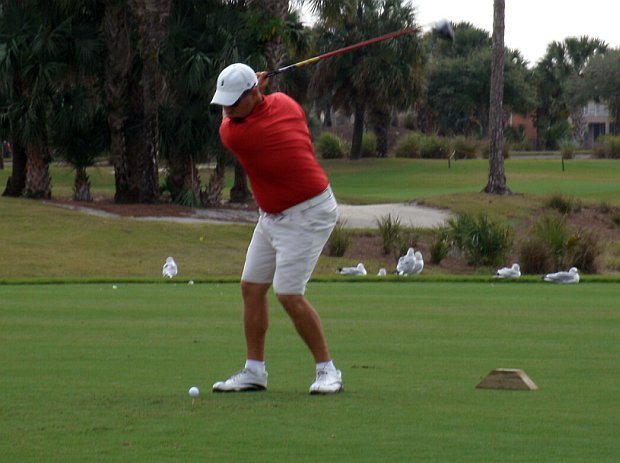 ROYAL PALM BEACH, Fla. – Brandon Smith of West Palm Beach fired an eight under par 64 Friday at the Links at Madison Green to earn his sixth victory on the Fuzion-Minor League Golf Tour. Smith birdied the last two holes to edge Nicholas Thompson of Coral Springs, who will be a regular on the Nationwide Tour this year.

Smith birdied five of his first eight holes, bogeyed the 10th, then finished with birdies at Nos. 12, 14, 17 and 18. On the back nine, Thompson eagled the par-5 14th hole and birdied the 13th and 18th. He had never before seen the Madison Green course. Thompson won his only previous MLGT start, Jan. 10 on the East course at Jacaranda.