ATLANTIS, Fla. – Burgess Houston of Wellesley, Mass., scored his first victory as a professional golfer when he won on the Fuzion-Minor League Golf Tour Thursday at Atlantis Country Club. Houston fired a six under par 66 with seven birdies and a bogey, making birdies on the last two holes to win by three strokes.

Danny Mijovic of Palm Beach Gardens won a separate seniors division for players 47 and older with 69, tied for second overall. There were 26 entries including seven seniors. The overall money leader of the monthly seniors competitions will have his entry fee paid to Champions Tour qualifying later this year if he is eligible. 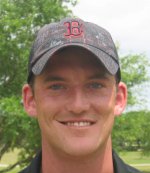