35 wins for Steve LeBrun, Scott Langley 1 back with 68
Peter Laws and Dave Cunningham tied for third with 69
Thursday, September 15, 2011 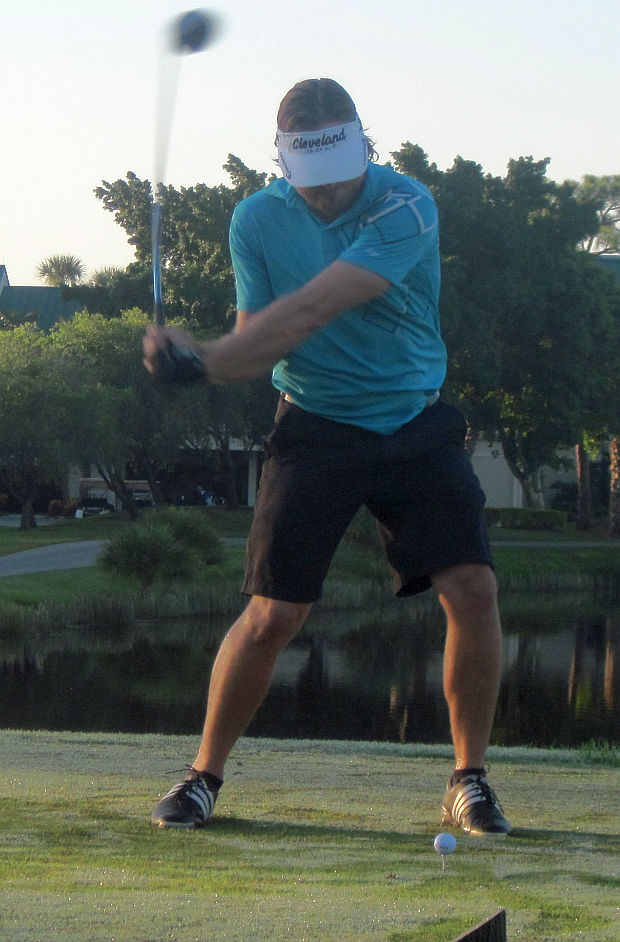 WEST PALM BEACH, Fla. – Steve LeBrun increased his career total of titles on the Fuzion-Minor League Golf Tour to 35 with a five under par 67 Thursday at Ironhorse Country Club. It was his ninth win this year, second this month following a victory Sept. 2 at Jupiter Country Club.

After turning in 34 on three birdies and a bogey, LeBrun saved par from a waste area behind the green at the par-3 13th when his third shot, a chip, hit the flagstick and dropped into the cup. He then birdied the next three holes and won by a stroke. LeBrun earned $725 from the $3,375 purse.

Scott Langley, playing in his first Fuzion MLGT event, finished a shot back after shooting 68. He picked up $550 for his effort. Peter Laws tied for third place with Dave Cunningham, of Chicago. at 3-under par 69.

The 98th tournament of the MLGT’s eighth season drew 27 entries. Next on the schedule: Sept. 19, Fountains CC, Lake Worth; Sept. 22, The Evergreen Club, Palm City; and Sept. 22, PGA National-Estate course, Palm Beach Gardens. There will be senior division play at Fountains and PGA National.