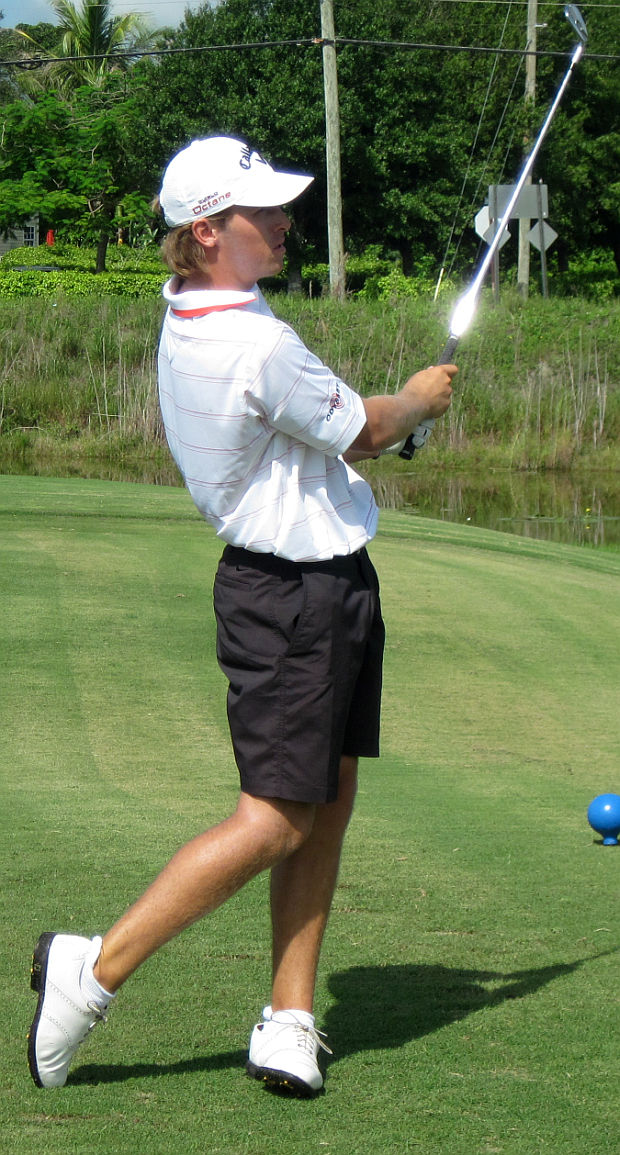 PALM BEACH GARDENS, Fla. – Olin Browne Jr. of Tequesta scored his first victory as a professional golfer Tuesday with an eight under par 64 in a Fuzion-Minor League Golf Tour event on the Estate course at PGA National.

Browne made a double eagle, an eagle, four birdies and a bogey. He holed a 4-iron second shot at the short, par-5 fifth hole, eagled the par-5 18th, birdied Nos. 4, 7, 15 and 17 and bogeyed the par-4 second hole.  It was the third double eagle in MLGT history.  Roy Wegerle made one on this hole back on February 17, 2006 and Steve LeBrun double eagled the 17th hole at Abacoa Golf Club on July 29th, 2008 during the second round of a three day event that he won by a tour record 11 shots.

It was Browne’s ninth MLGT start, his third since turning pro in June. His 23rd birthday was last Saturday (July 9) and celebrated with a check for $775 from the $3,855 purse.

Olin Browne Sr. won four times on the Nationwide Tour and had three PGA Tour wins before turning 50 two years ago and joining the Champions Tour. He was an assistant captain for the U.S. Ryder Cup team in 2010.

The MLGT’s 70th tournament of the year drew 32 entries. The next event on the schedule is on Thursday at nearby Ironhorse CC.

Brandon Smith won the whole skins pot ($190) with a birdie on the par-4 eleventh hole. 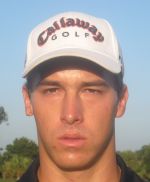