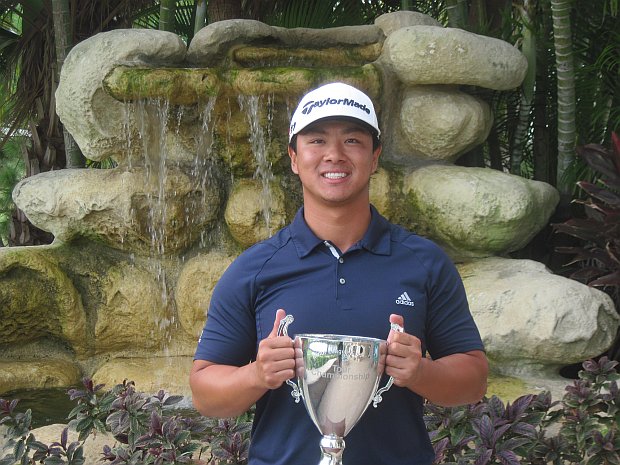 It was Kim’s 13th MLGT victory as he outlasted Derrick Bohannon of Jensen Beach after they tied at eight under par 136. Ironically, Bohannon bogeyed his first and last holes of regulation, his only errors in 39 holes.

After they halved the first two playoff holes with par-4s and birdie-4s, Kim won with birdie at the par-4 third. He earned $4,000 from the $20,860 purse. Bohannon received $2,200. He has 16 MLGT titles overall. Both players have previously won MLGT Q-School Contests.

In regulation, Kim shot 71-65 with an eagle, eight birdies and bogeys at the par-4 16th hole each day. Bohannon posted 67-69. He had 10 birdies, including four in a row after his opening bogey on Wednesday.

To put it in perspective, since 2000 there have been 43 double eagles on the PGA Tour (3 by players that have played the MLGT, Nicholas Thompson, Mathias Gronberg, Steve Wheatcroft) and while there does not seem to be an official stat for 18 consecutive pars, it very well may be almost as rare as a double eagle.