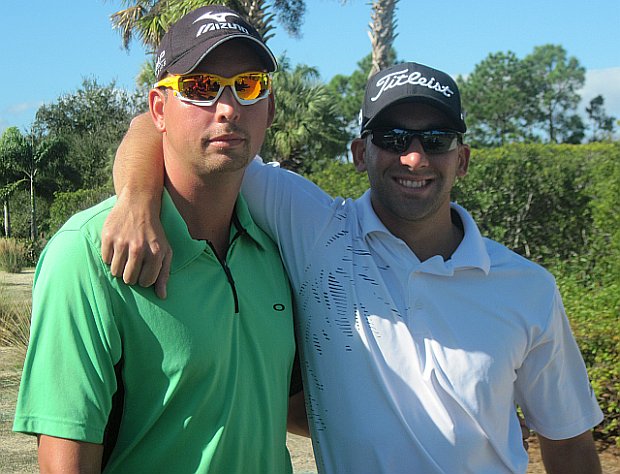 Damiano and Scialo combined for a 15 under par 57 to win by three strokes. They eagled the par-5 fifth hole and added six birdies on the front nine for a scramble score of 28, then made seven birdies in four-ball stroke play on the back nine for 29.

They won in 2010 at Santa Lucia on the third playoff hole after a 62. Nine of 27 teams beat that score Friday. That was Scialo’s only other MLGT victory. Damiano now has four wins. They earned $800 apiece from the $7,540 purse.

The MLGT ends its eighth season Monday with its 132nd tournament of the year at Fountains CC-North in Lake Worth. The ninth season will open Jan. 6 at Jacaranda GC-East in Plantation.

There was $920 in the skins pot. Only Two Teams Eagled #10---All other holes were halved at least three times. The teams of Dan McCarthy/Jimmy Hazen and Andrew Giuliani/Sean Kalin each received $460. 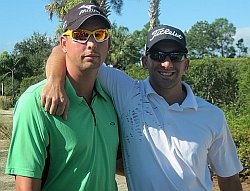 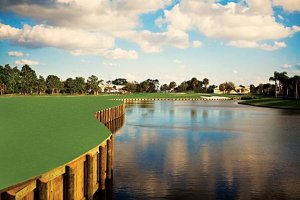