David M. Smith tames Ironhorse with final round 64
James Porter finishes 1 shot back with a pair of 71's
Wednesday, March 7, 2012 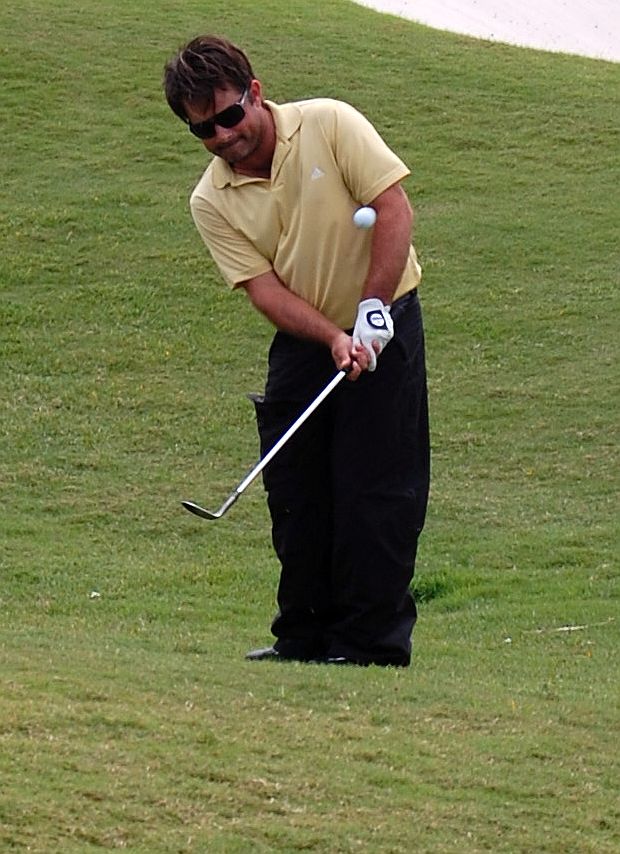 WEST PALM BEACH, Fla. – David Smith of Ruston, La., edged James Porter of Florence, Ala., by a stroke with a final round of eight under par 64 Wednesday at Ironhorse Country Club to win the first of four 2012 Golfslinger.com Tour Majors.

Smith came back from a windy opening round of 77 for 141 compared to back-to-back 71s for 142 by Porter, who hit his second shot into the water at the par-5 18th hole Wednesday while attempting to win the event by closing with a birdie. Smith had birdied 18 in the opening round Tuesday and did not even consider laying up.

It was Smith’s fourth Golfslinger victory. He earned $10,000 from the $37,080 purse. Porter, second among 76 starters in what the Golfslinger Tour called its March Major, collected $4,035. It was the Golfslinger’s 23rd tournament of the year.

Matt Hill of Palm Beach Gardens picked up $2,200.00 for his third place 143 (73-70) and Scott Marino of Fairfax, VA / Tequesta tied for fourth place with Tim Turpen of West Palm Beach at even par 144. Turpen shot the second best round of the day and of the tournament with a four-under par 68 on Wednesday. 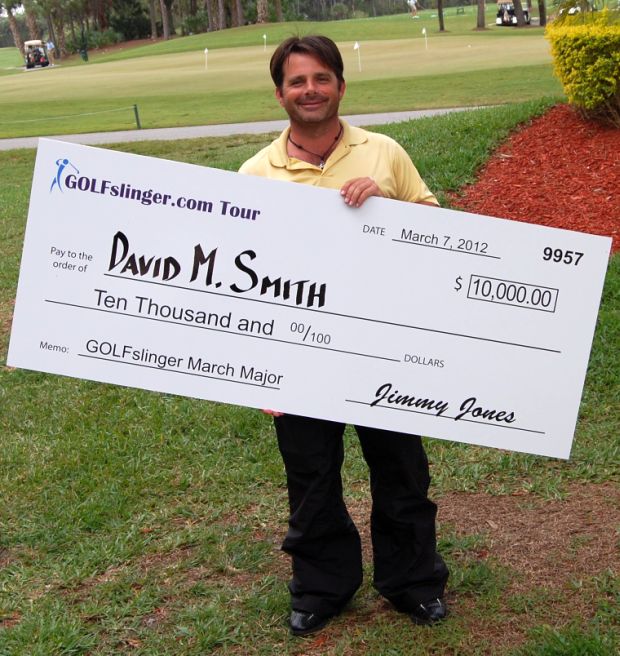 Turpen, Smith and Krister Eriksson of Norrkeping, Sweden all broke 70 in the final round with awesome ball striking in very windy conditions. Turpen hit 14 greens in regulation plus a fringe, Smith hit 15 greens, and Eriksson hit 16 greens, making birdies on six consecutive holes 14, 15, 16, 17, 18 and then 1. Eriksson started the final round on the back nine.

There were four members of the Russian national golf team in the field. Two women, Anastasia Kostina and Galina Rotmistrova, finished in the money. Two men, Andrey Pavlov and Evgeny Volkov, did not. They will be playing in at least two more events in the upcoming weeks.

$10,000 1st. The top 72 on the 2012 Major 1 Ranking are guaranteed a spot if they register by the March 1, 2012 deadline. Registered waitlist players ranked 73+ will be added March 4 by ranking. Check the front page of the website for all the details! 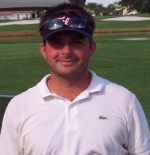