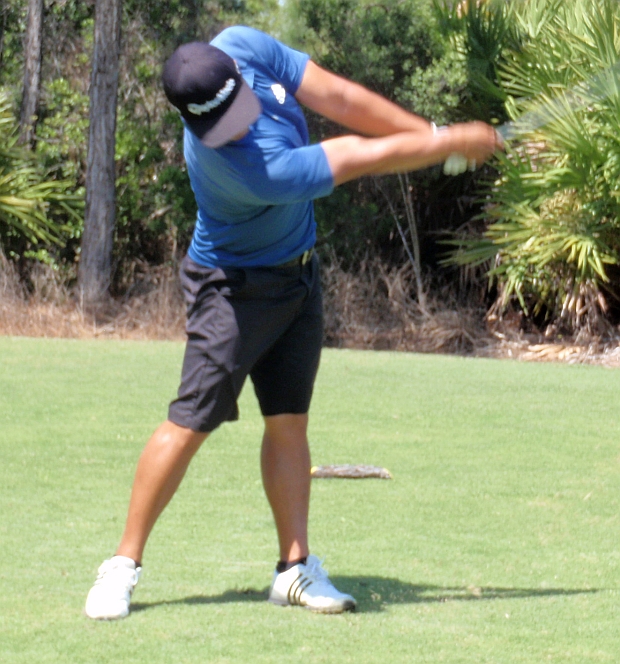 STUART, Fla. ‐ Sunny Kim of Palm Beach Gardens sank a 30-foot birdie putt from the back of the green on the first playoff hole Thursday at the Champions Club at Summerfield to score the win on the Golfslinger.com Tour. It was his 17th career title, his third this year. He earned $2,050 from the $14,480 purse.

After he bogeyed the final hole of regulation, Kim recovered quickly to beat Justin Peters of Stuart and Derrick Bohannon of Jensen Beach on the 37th hole after they tied at 137. At the par-4 10th hole, Peters missed a 15 footer for birdie and Bohannon never finished, reaching the green in three after hitting into some bushes off the tee.

Peters and Bohannon, tied for second among 46 players, received $1,385 apiece. The first round leader, Peters has a career 32 Golfslinger victories. 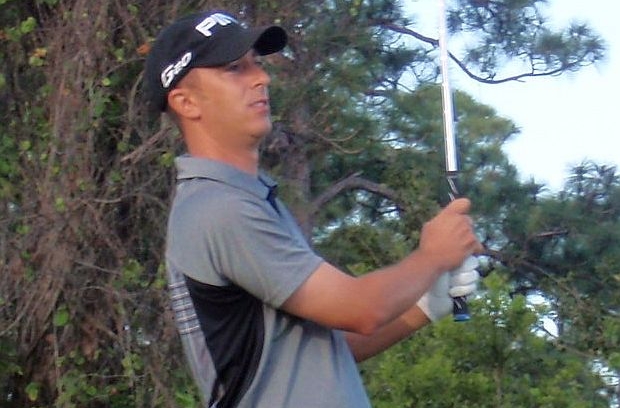 STUART, Fla. - Justin Peters shot an opening round 66 to lead the 2-Day event at The Champions Club by 2 shots over 2011 GOLFslinger.com Tour Champion Sunny Kim.