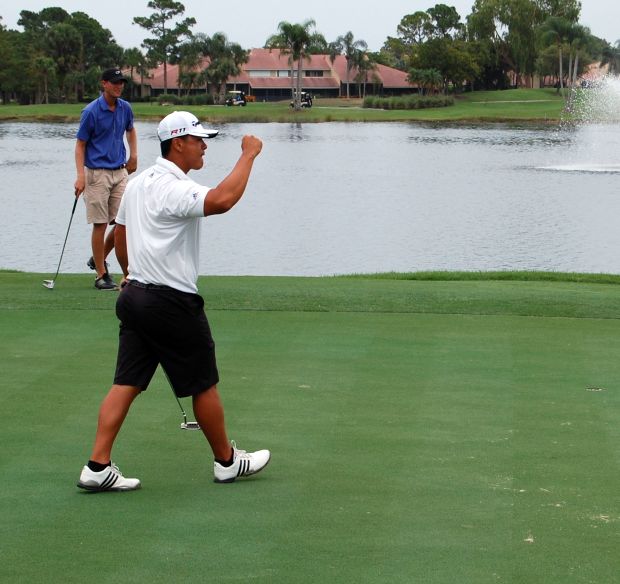 PALM BEACH GARDENS, Fla. – Sunny Kim birdied the final hole two days in a row to eke out a one-stroke victory Thursday on the Champion course at PGA National in the second “Major” of the season on the Golfslinger.com Tour.

Kim bogied the par-4 11th hole twice. Indeed, the 11th was the only hole not to yield a birdie in two days. In addition to the 18th, Kim also birdied the fourth, sixth and 10th holes each round, carding six birdies and a bogey each day. Silverman made four birdies Wednesday and seven on Thursday with one bogey each day. 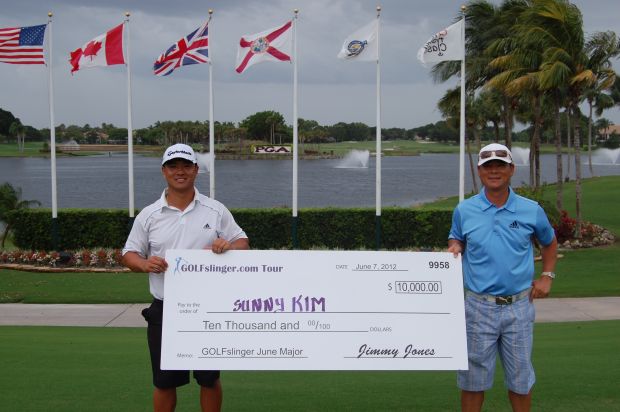 Derrick Bohannon of Shelbyville, KY posted a pair of 68's for a solo third place finish.

David M. Smith, the winner of the first Major back in March, was tied for the lead after opening with a 5-under par 67 and was in the mix during the final round at -8 thru 31 holes before sliding back finish at 5-under par 139.

The next Major is at Bear Lakes in West Palm Beach, September 19th & 20th, on the Lakes Course. PGA Tour pre-qualifying will be held at the same venue one week prior to the event.

The fourth $1,000 Nationwide Tour Monday Qualifier Bonus Contest of 2012 begins Monday at Ironhorse CC. This contest will be cumulative score of all 5 events (6 rounds) over the next two weeks leading into Summer Break.