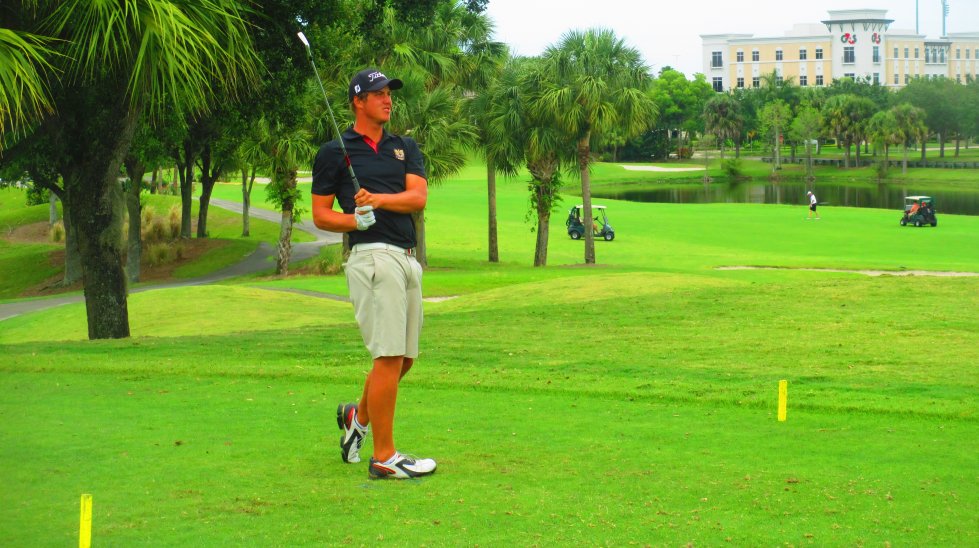 JUPITER, Fla. – Hugo Bernard, an amateur golfer from Montreal who is headed for the University of Tennessee on a golf scholarship, set one record and equaled another Wednesday in his first appearance on the Minor League Golf Tour.

The result was a five stroke margin of victory as Bernard shot 61-63—124 at Abacoa Golf Club. Krister Eriksson of Kalmar, Sweden, who has played on the European Tour, was the low pro, finishing second in the field of 67 starters with 63-66—129, earning $10,000. Bernard received a pro shop gift certificate worth $750, the USGA limit for amateurs.

“I putted well and played smart,” said Bernard, 20, who had never seen the Joe Lee-designed course before the first round Tuesday. “I just decided to play in a tournament on the way home,” he added. “I never made a bogey.”

Though play was never delayed, the course was wet from overnight rains coupled with a high probability of more rain each day led to lift-clean-and-place guidelines in effect for both rounds, which usually leads to lower scores. “You still have to get the ball in the hole,” noted Abacoa head professional Rob Young. “That was quite a score.”

Bernard started the first round with six consecutive 3’s, turned in 29 and shot 32 on the inward nine. He eagled the par-5 second and sixth holes and finished with seven birdies. His second round also included two eagles, at No. 2 and at the par-4 11th when he drove the green. He made five birdies.

Bernard said it was the first time he had played against professionals. He won the Quebec Amateur in 2013 while still in high school and was chosen to play for Team Canada later that year. His last win was in a Montreal area amateur event last summer. 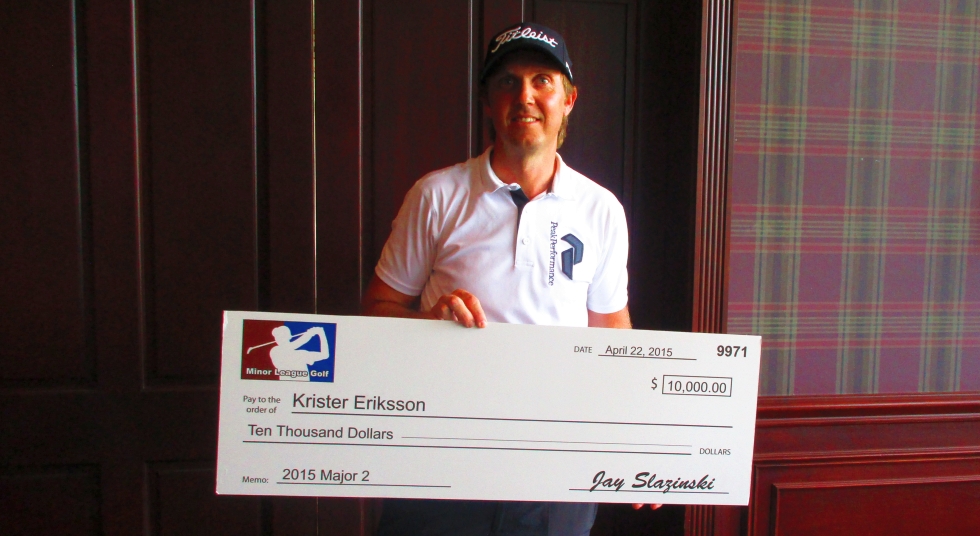 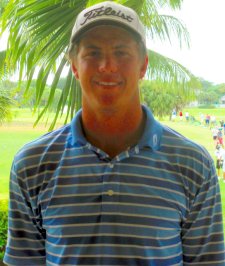