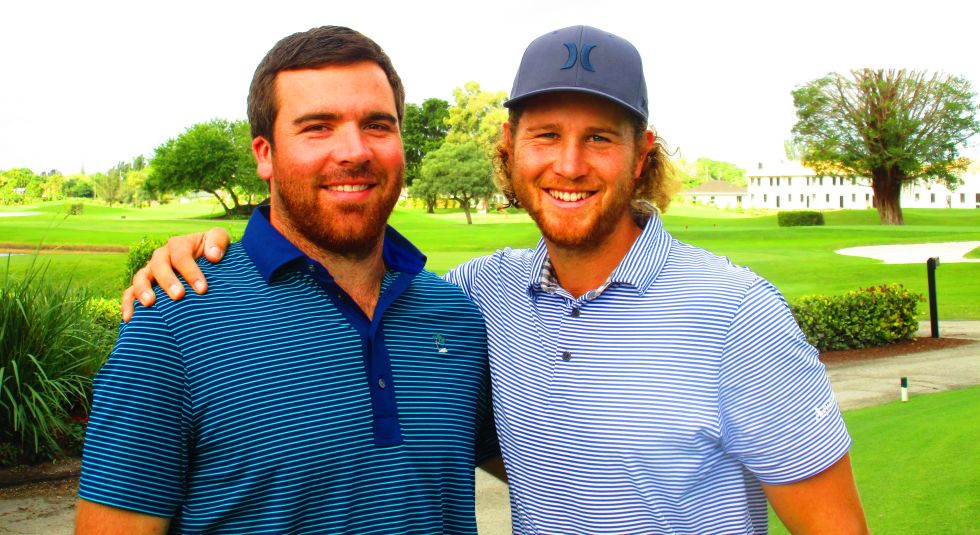 ATLANTIS, Fla. – Sandro Piaget of Jupiter, FL, and Ricky Casko, an amateur from Cartersville, GA, combined to birdie the first four holes on each nine Monday enroute to a 13 under par 59 to win to the 11th annual Holiday Team Championship, the final tournament of the year on the Minor League Golf Tour.

After the first four holes in a scramble format on the front, Piaget and Casko birdied Nos. 7 and 8, then eagled the par-5 ninth to turn in 28, then added a final birdie in four-ball stroke play at the 16th hole for 31.

They earned $700 apiece from the $6,000 purse. Piaget received an additional $367 from an optional bonus pool. Casko was limited to an extra $50 because of the USGA’s limit of $750 for amateurs in merchandise certificate awards. The remaining $297 of Casko's $347 bonus pool earnings was spread evenly throughout the remainder of the bonus pool. Each player that cashed in the bonus pool recieved an extra $20 on their bonus pool payout due to Casko being an amateur.

Brant Peaper of Tequesta, FL and Olin Browne Jr. of Hobe Sound, FL were second among 30 teams with a pair of 30's for 12-under par 60, scoring six birdies on each side. Peaper was the low pro at nine under par 207 in The Invitational Pro-Am played earlier this month on three courses in adjacent Martin County.

There were two closest to the pin contest's on #8 and #17, along with a long drive contest on #11 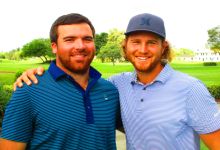