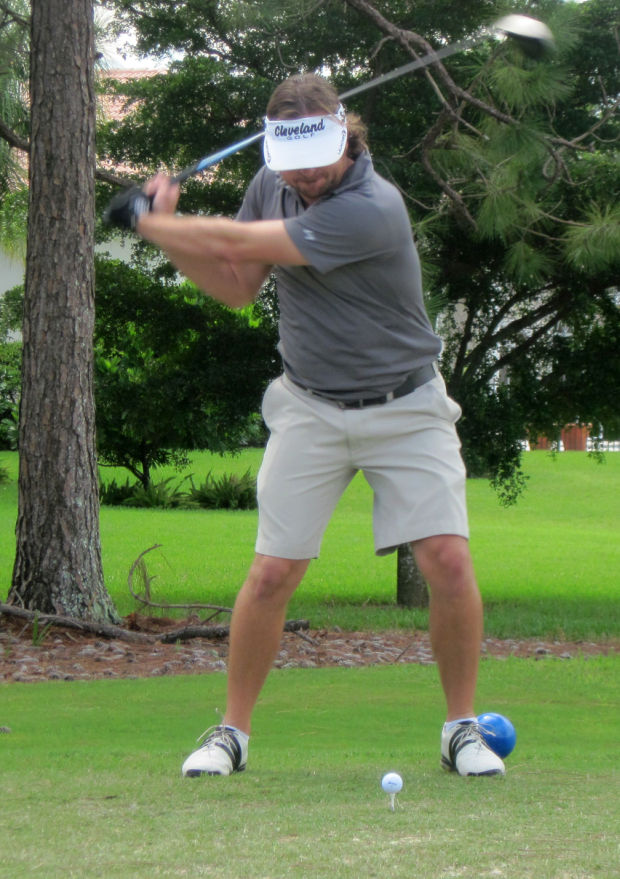 LeBrun made six birdies enroute to a five under par 67, then added one more birdie at the par-4 first hole to out-finish Bobby Collins of Palm Beach Gardens, Brett Bergeron of LaPlace, La., and Hector Zapata of Weston. LeBrun’s birdies in regulation were at Nos. 5, 7, 8, 9, 11 and 18. He bogeyed the par-3 third hole. LeBrun earned $900 from the $5,288 purse. Collins, Bergeron and Zapata, tied for second among 44 starters, received $525 apiece.

Zapata also won a separate seniors division. He had three birdies on each nine and a bogey at the par-4 11th hole, collecting an additional $450. It was Zapata’s third MLGT victory, his second in the senior flight for players 47 and older.

Chris Peddicord of Palm City was awarded a $2,500 bonus toward his entry fee into Champions Tour qualifying later this year. He shot 70, tied for third in the senior division, worth $110, upping his season’s total to $1,455 as he beat Warren Jurkowitz of Aventura. Jurkowitz finished with $1,305 after failing to cash a check Thursday.