STUART, Fla. -  Daniel Obremski of Pittsburgh fired a three under par 69 on Thursday at the Champions Club at Summerfield to claim his first victory on the Golfslinger.com Tour.

Making just his second start on the Golfslinger Tour, Obremski edged Andrew Turner of Lititz, Pa., by a stroke. Obremski made four birdies and a bogey, Turner four birdies and two bogeys for 70 to take second among 50 starters.

In Obremski's only other Golfslinger appearance, last Oct. 13 at Emerald Hills in Hollywood, Fla., he finished T20. He earned $1,000 Thursday from the $6,050 purse. 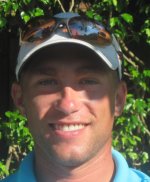