JUPITER, Fla. – Matt Lowe of Farmingdale, NY, birdied three straight playoff holes Tuesday to win at Abacoa Golf Club, his second victory on the Minor League Golf Tour. Lowe outlasted three other players after they tied at four under par 67, sinking a 20-foot birdie putt at the par-4 12th hole. The victory was worth $1,025 from the $5,055 purse. In regulation, Lowe made six birdies and a pair of bogeys. After turning in 35 with one birdie and one bogey, Lowe birdied the first four holes on the back nine. His only MLGT victory heretofore was also in a playoff in his first start last December in the annual Par 3 Team Trilogy at Palm Beach Par 3 with partner David Germann.

Tied for second among the 39 starters were Brian Carlson of Madison, CT, who had four birdies; and Chase Koepka of West Palm Beach, FL and Chris Wiatr of Woodbury, CT, each with five birdies and a bogey. Koepka was the first to be eliminated with par-5 at the 10th hole. At the drivable, 281-yard 11th hole, Wiatr was bounced with a par-4. Then at the par-4 12th hole, Carlson missed his 25-foot birdie putt and moments later Lowe made his from 20 feet for the victory.

All of the holes were halved in the skins game. MLGT policy states that the holes with the least number of ties are awarded the skins. Three holes had only two players tie so those six players each won a $63.34 skin. Click on any of the $ links under the skins/total column to view the skins grid.

Today's event was event #2 for 2019 Monday Qualifier Contest #2 presented by Abacoa Golf Club. All players that compete in all three 1-day tournaments this week are automatically entered in the contest. The player with the lowest total score will win a $1,000 bonus to be used towards entry and expenses for a Monday Qualifier. Thursday's event at Foutnains Country Club will be the final event of this contest. Here is how we stand with one event left. 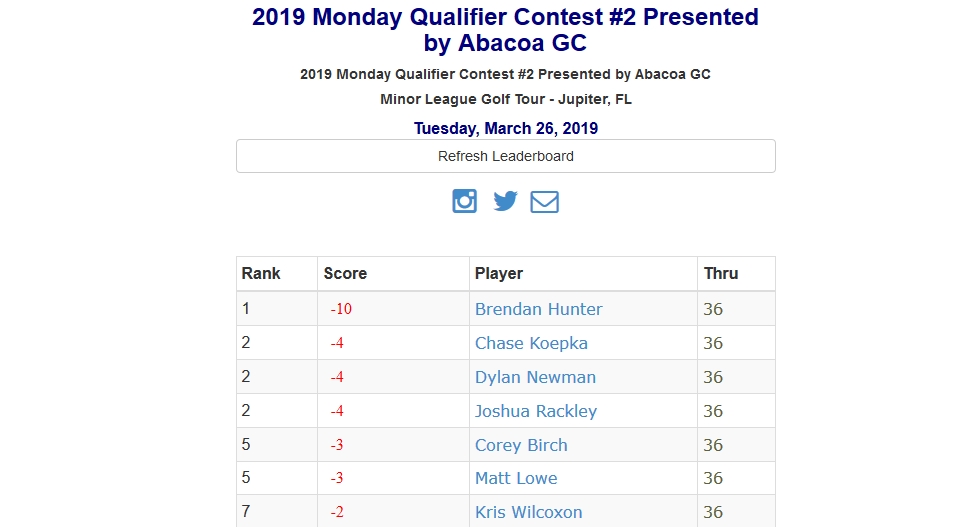 40% of the field earns a check. Come play a tournament on the venue that is hosting Major II on April 16-17. 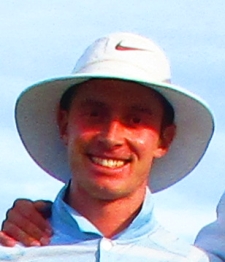