Tied for second at 66 among 38 starters were Chase Koepka of West Palm Beach, FL, with an eagle at the par-5 13th hole, five birdies and two bogeys, and Peter French of Franklin, MA, on five birdies.

Kim also won a $1,000 bonus for winning 2019 Monday Qualifier Contest #1 with a 3-day cumulative total of 201 (68-69-64). That money will be used for Sunny to compete in a Monday Qualifier on the PGA Tour or Web.com Tour. All players that competed in all three 1-day events this week at Parkland GC, Abacoa GC and Martin Downs GC were entered into the contest. Kim was tied with Evan Russell after two events and both were -6 through 14 holes and still deadlocked in the contest. An unfortunate double bogey at the par-4 15th hole by Russell gave Kim a lead he would not relinquish. 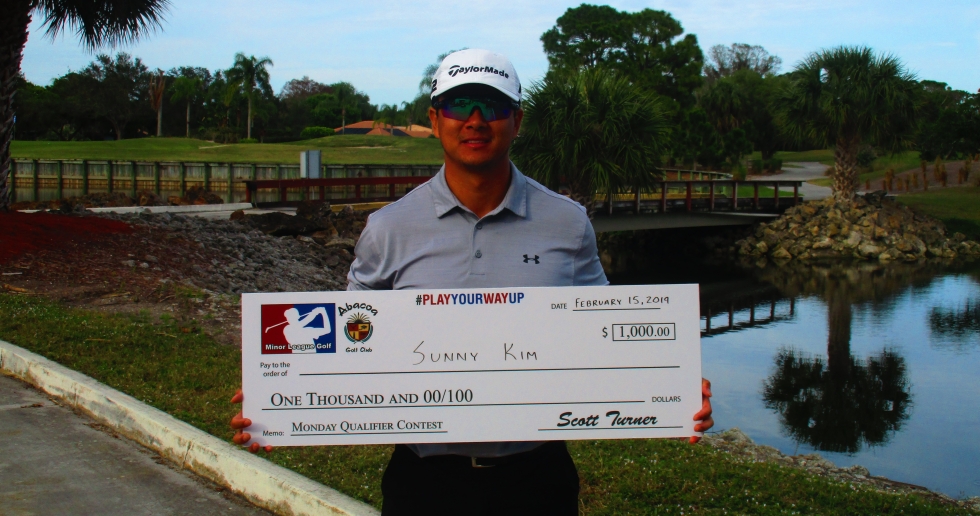